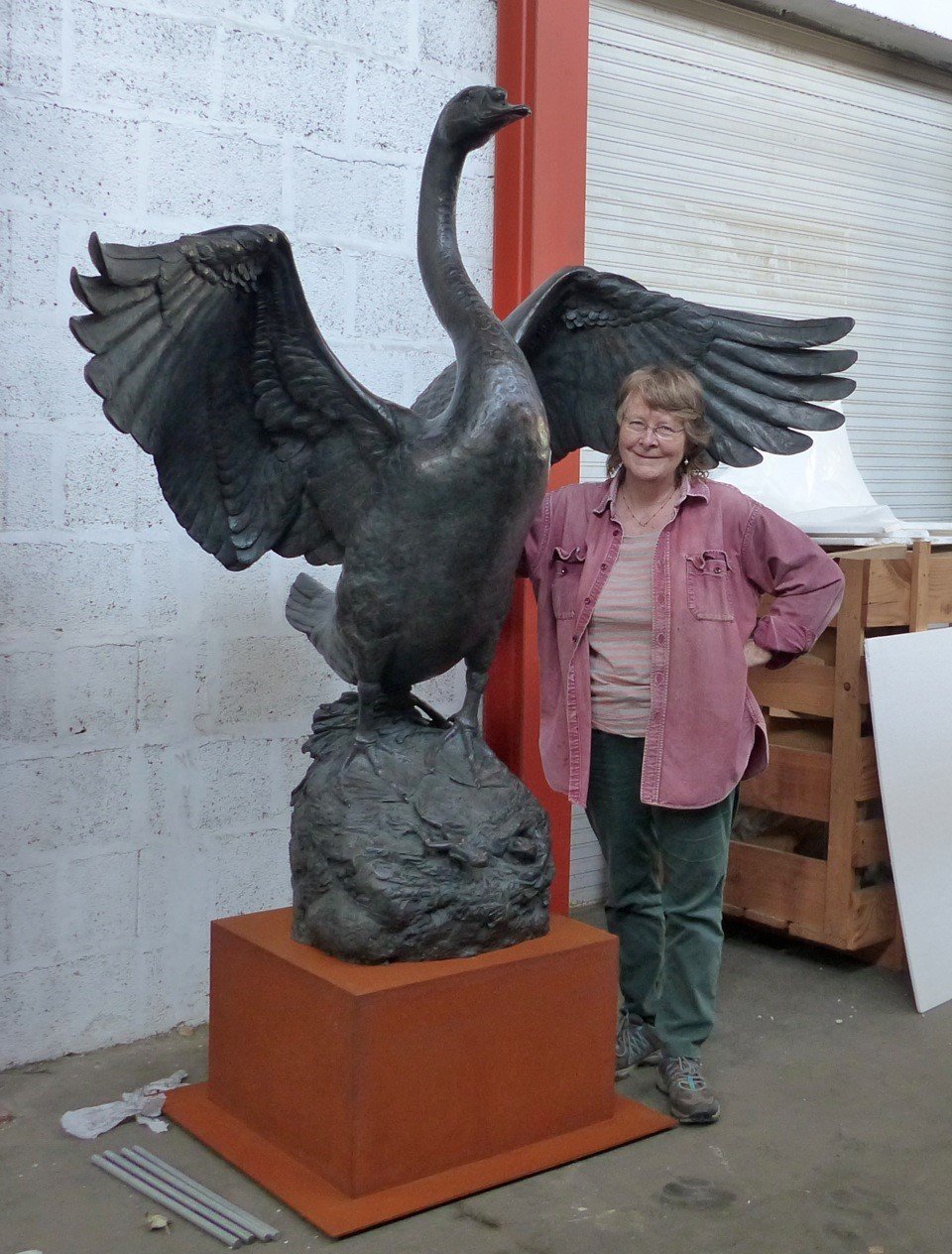 spent most of her childhood on a Dorset farm surrounded by animals and after having earned a degree in zoology at Swansea University, she moved to Florence in 1980 to study classical art techniques under the renowned teacher Nerina Simi (1890-1987).

Since 1982 she has been living in Tuscany between Florence and Siena. Starting with her first one-woman exhibition in Kings Street in London in 1983, her oils, drawings, pastels, etchings and, more recently, bronze sculptures (see her book, Twenty-Four Bronzes) have found large and loyal followings in Britain, France, Germany, Italy, the Netherlands and North America.

In the past twelve years her bronzes, cast at Fonderia Artistica Mariani, have had much acclaim in Italian and German critical and collecting circles. 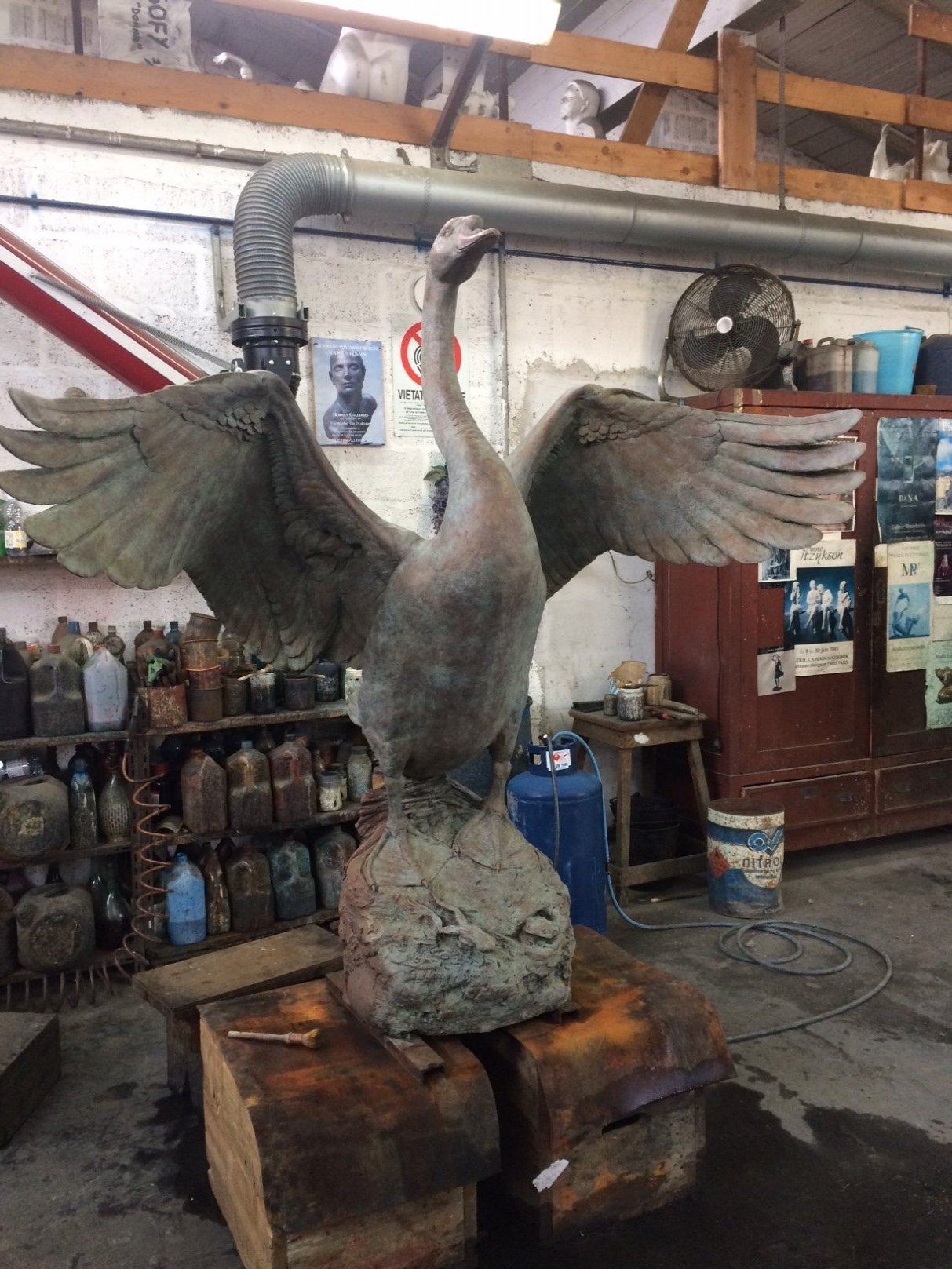 In 1997 she was elected a member of the Royal British Society of Sculptors.
Recent corporate commissions for classical life-size portraits in bronze have attracted wide attention and praise, but she also continues to paint, perfecting her exceptional skills in rendering animals and light, often in a very Tuscan setting. 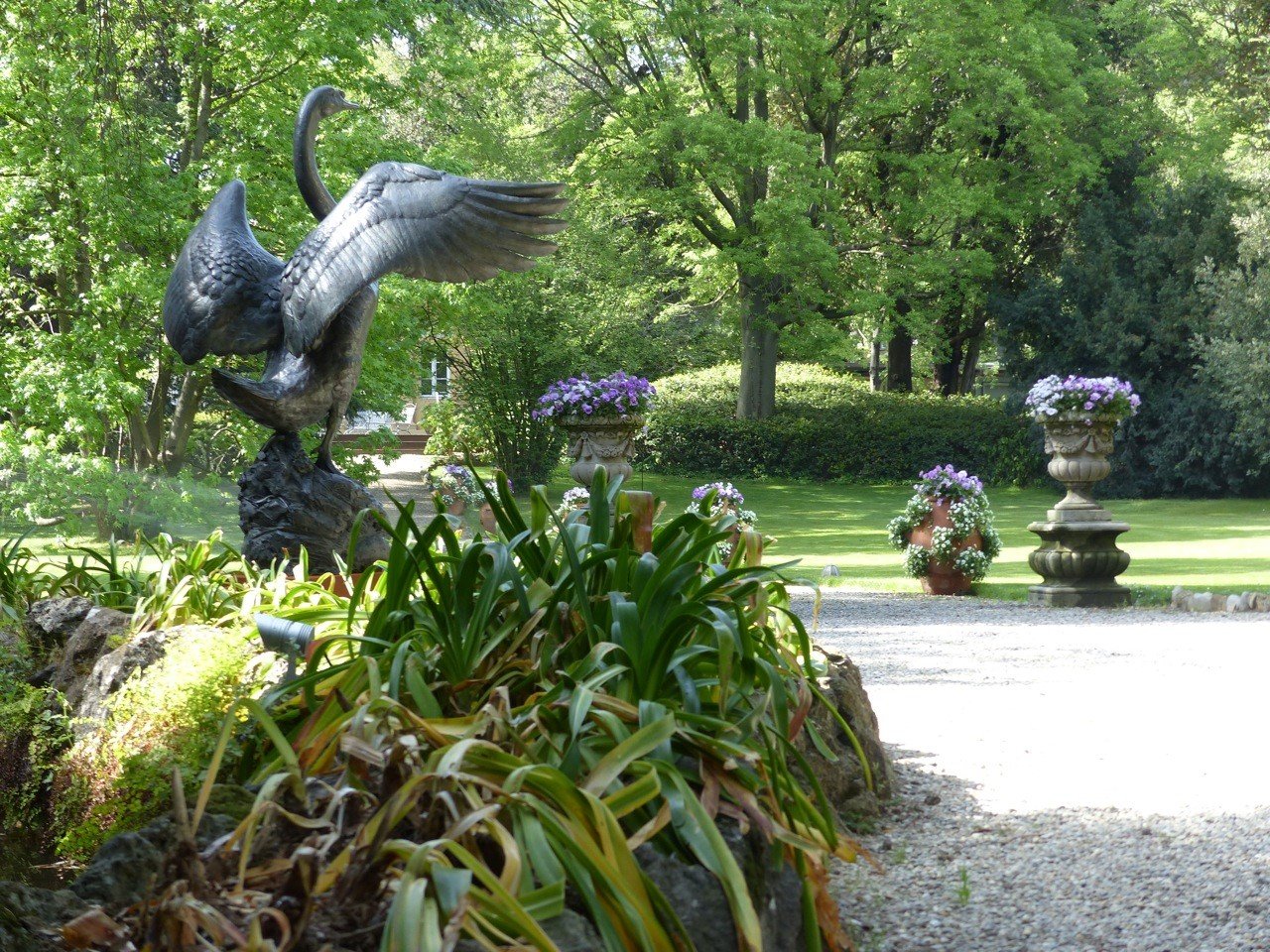 Nature is her source of inspiration where she can express her love for the light of the sun and for coulours, through oil painting that allows her to express the beauty of movement, of shape, of surfaces.
Shingleton loves nature and loves the animal world so much that she seems able to delve into the animals’ daily life and routine and to understand deeply the animals’ limits and their daily battle for survival.

In most of Shingleton’s works there are clear hints of pure realisms if she loved going over and beyond the visual expectations especially when she works bronze “used in the past to represent majestic horses and bold lions” ( cit).

She loves working on smaller and less famous animals and instead of portraying them, she simply wants to create a story behind each piece and, above all, to add a playful and humoristic aspect to each sculpture. 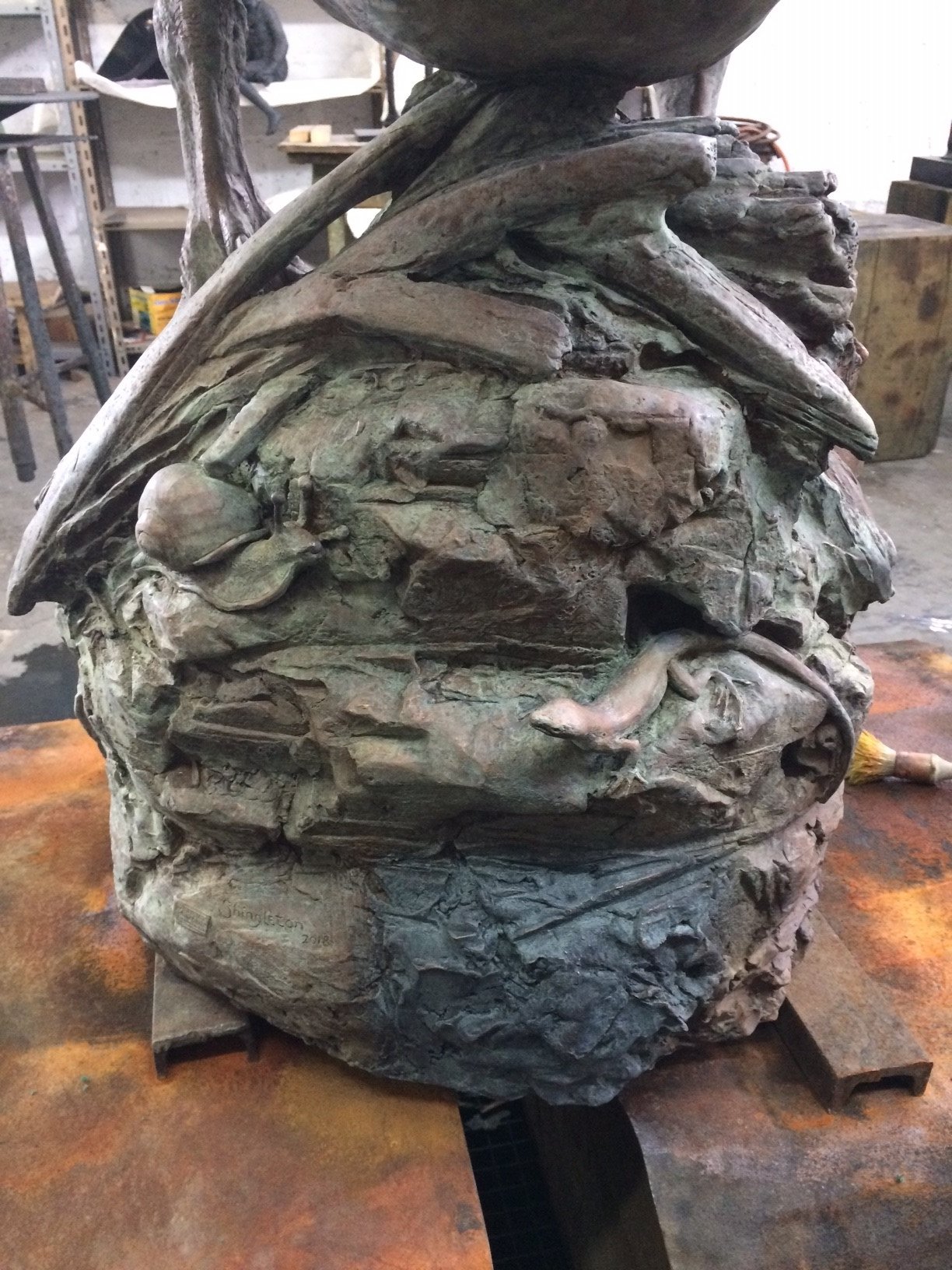