Born and bred in the Venice area, Plazzotta came very soon under the aegis of the great Manzù, who exerted a strong influence over his work.

The war abruptly stopped his art studies and having volunteered for the regiment of the Bersaglieri, he was sent to North Africa, where he fought bravely until he was sent back to Italy.
With Mussolini’s fall, he broke up with the fascist regime and founded a partisan formation that led to his capture and imprisonment.

Once the war was over and he got released from prison, his artistic life started again and he could complete his studies at Brera, beginning a career that saw him working mainly in sculpture with a deep sense of urgency due to the awareness of the difficulties that, in the past, had made him started sculpting so late in life.

Plazzotta never shied away from difficulties either technical or symbolic and always succeeded in making bold statements with his art. 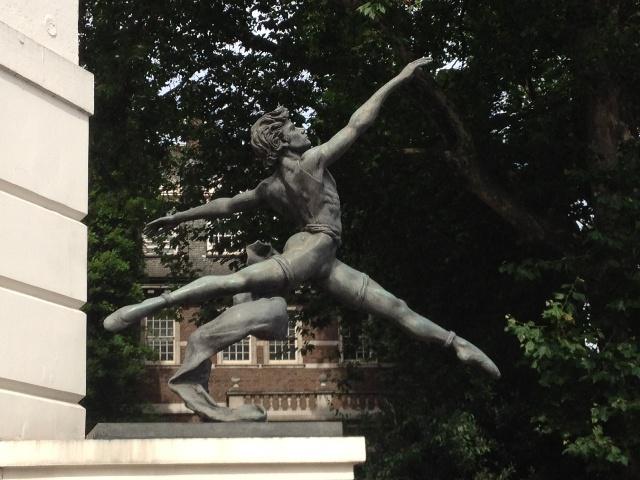 He spent most of his working life between London and Pietrasanta where he came to cast hi sculptures at Fonderia Artistica Mariani and had a personal studio, reaping the advantages of an environment where artists and artisans worked alongside each other, mixing up their talents with one common aim only: to create high quality pieces. 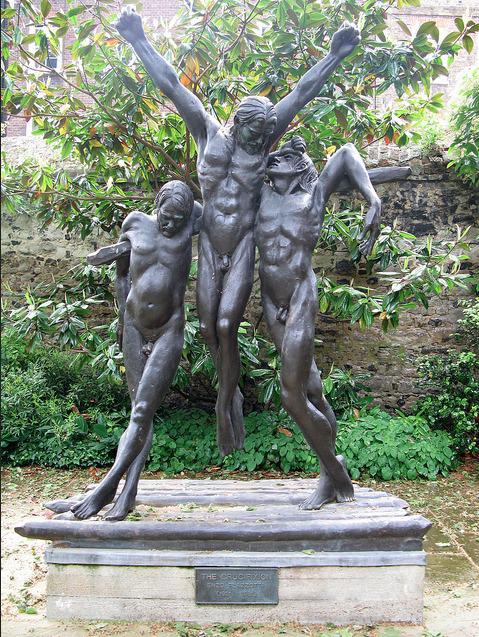 But Pietrasanta to him meant also marble and he tried his hand at carving, executing a large number of marble and onyx sculptures that enriched his prolific production.
According to critics, he was a modeller at heart and found in wax the perfect means to express himself, 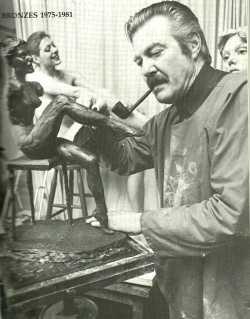 but he loved also exploring the realm of acrylics and enjoyed himself in the production of a series of etchings that made a break from his usual sculptural idiom.

His sculpture has long been the subject of a critical controversy, that never questioned his technical accomplishment, that was always beyond criticism whether he was using bronze or silver cast from wax, or whether he was working in the fields of engraving and etching or marble; the main controversy was based on his preference to use more traditional subjects and models, so contrasting and rejecting the anti-representational conventions of modernity.

And this was clear enough from the very beginning, when he came to Fonderia Mariani and worked with our artisans on his Crucifixion in which the body of Christ serves also as part of the cross where he hangs on; or when he worked on the sculpture of Nureyev in 1979, where the dynamic image is a real embodiment of beauty and express in full the vigour of the human body.

There are so many stories to tell about Plazzotta ‘s living and working in close contact with us at Fonderia Mariani, but more than the stories, there are his sculptures that remind us of his time here and the long hours spent modelling in our studio.

ENZO PLAZZOTTA: AN ARTIST WITH A VISION