For those who are new to this business it may be worth starting to answer a simple question: what do we mean by Patina? 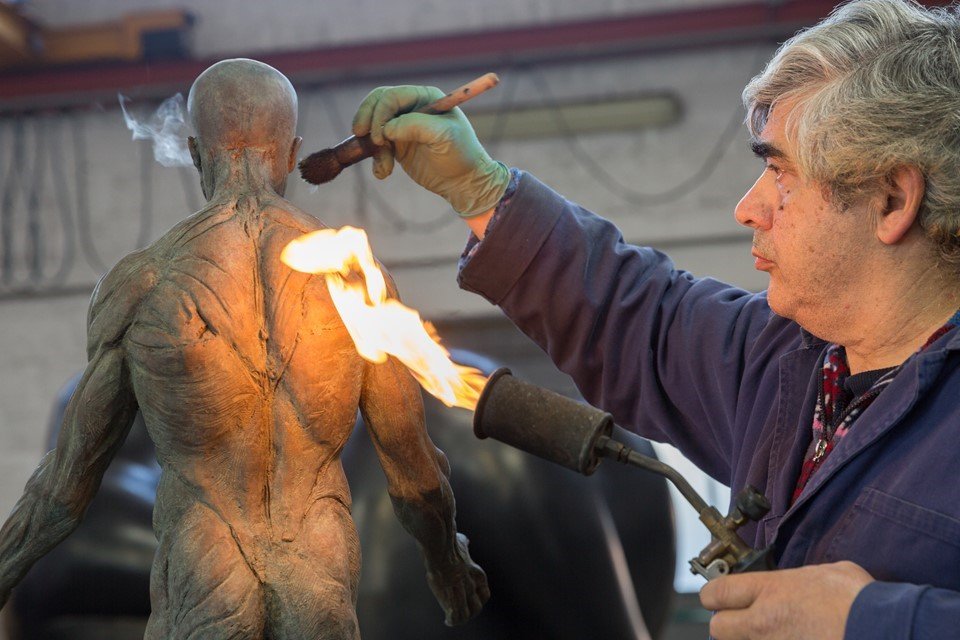 #Patina is a thin layer that variously forms on the surface of copper, bronze and similar metals.
On metal, patina is a coating of various chemical compounds such as oxides, carbonates, sulfides, or sulfates formed on the surface during exposure to atmospheric elements.
This is the technical answer, while on the art’s point of view, the patina is what makes a sculpture a unique piece of art
Artists and metalworkers often deliberately add patinas as a part of the original design and decoration of art and furniture, or to simulate antiquity in newly made objects a process that is often called “distressing”. 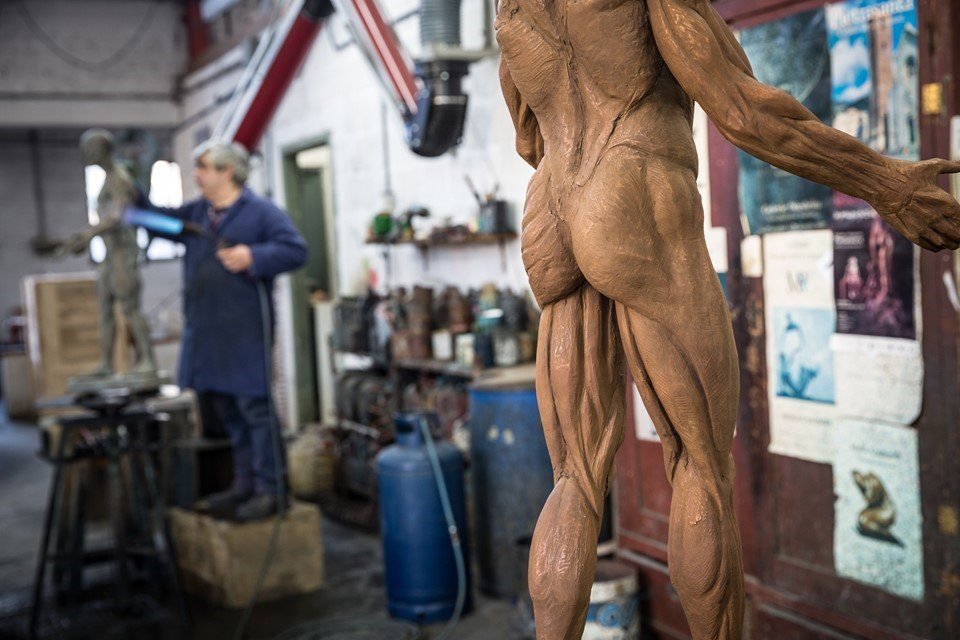 A wide range of chemicals, both household and commercial, can give a variety of patinas.
They are often used by artists as surface embellishments either for color, texture, or both.
Patination composition varies with the reacted elements and these will determine the color of the patina: for copper alloys, such as bronze, exposure to chlorides leads to green, while sulfur compounds (such as “liver of sulfur”) tend to brown. 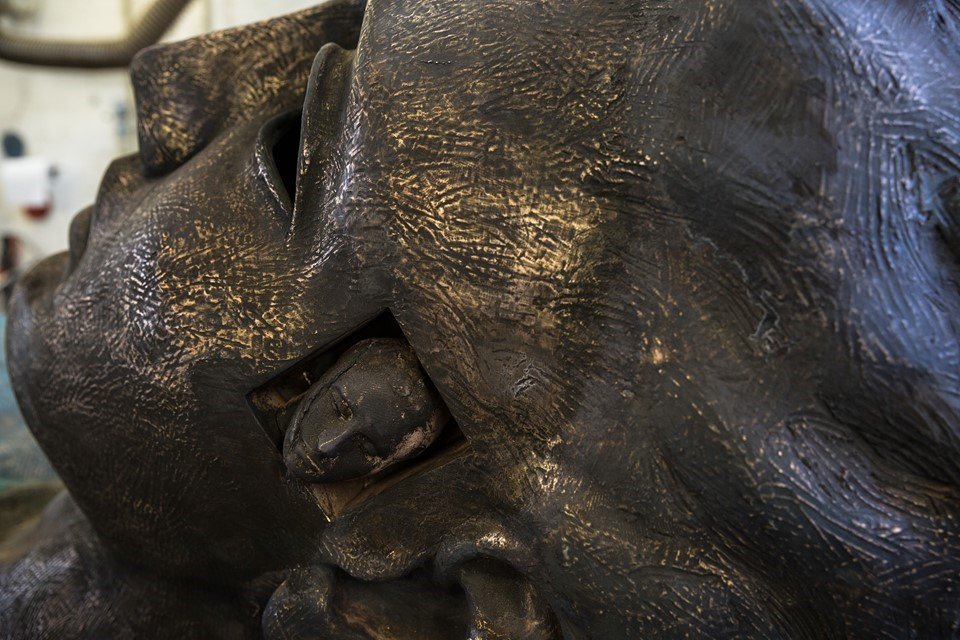 The basic palette for patinas on copper alloys includes chemicals like ammonium sulfide (blue-black), liver of sulfur (brown-black), cupric nitrate (blue-green) and ferric nitrate (yellow-brown).
For artworks, patination is often deliberately accelerated by applying chemicals with heat.
Colors range from matte sandstone yellow to deep blues, greens, whites, reds and various blacks.
Some patina colours are achieved by the mixing of colors from the reaction with the metal surface with pigments added to the chemicals.
Sometimes the surface is enhanced by waxing, oiling, or other types of lacquers or clear-coats.
More simply the French sculptor Auguste Rodin used to instruct assistants at his studio to urinate over bronzes stored in the outside yard to get the final effect he wanted, but there is no more real need to do that in modern times. 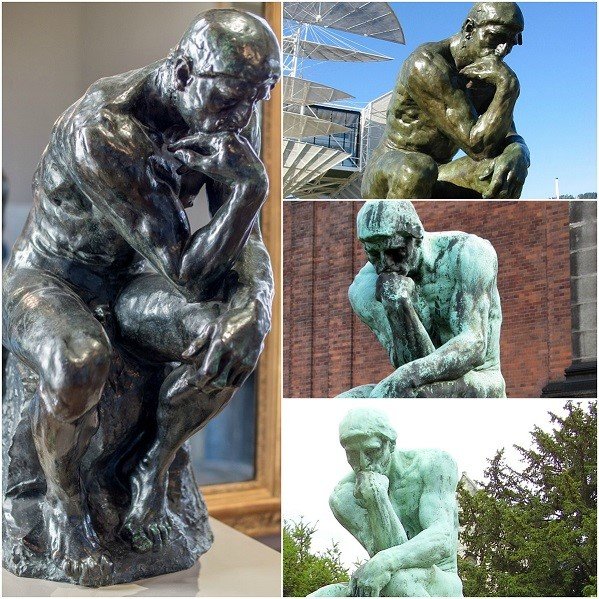 A patina can be produced on copper by the application of vinegar (acetic acid) and this patina will be water-soluble and will not last on the outside of a building like a “true” patina, that’s why It is usually used as pigment.
Patina is also found on slip rings and commutators.
This type of patina is formed by the corrosion caused by the elements the air might hold, residue from the wear of the carbon brush and moisture; thus, the patina needs special conditions to work as intended. 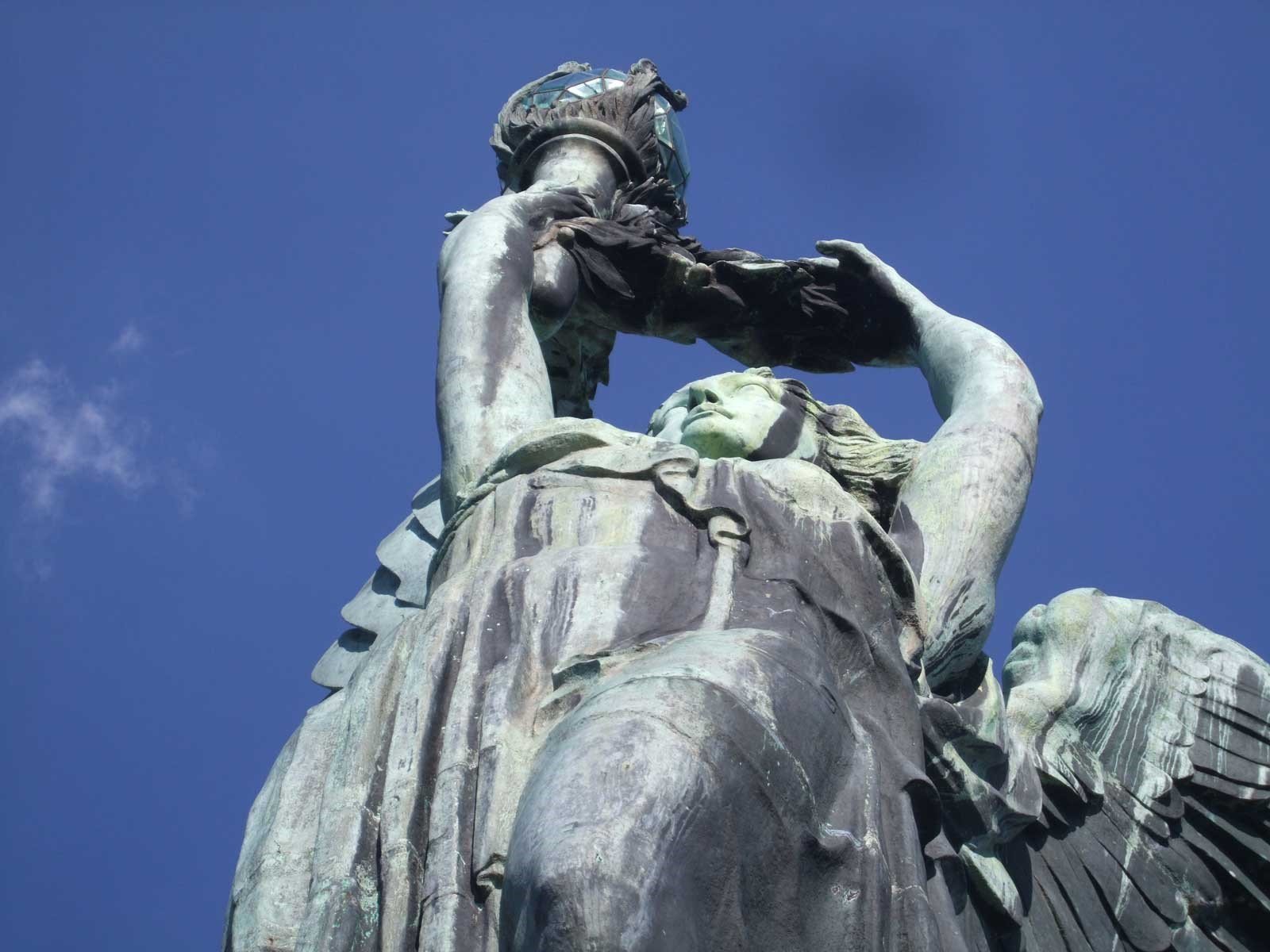 Patinas can also be found in woks or other metal baking dishes, which form when properly seasoned. The patina on a wok is a dark coating of oils that have been burned onto it to prevent food sticking and to enhance the flavor of the foods cooked in it. Steaming foods or using soap on a wok or other dishware could damage the patina and possibly allow rust.
Knife collectors that own carbon steel blades, sometimes force a patina onto the blade to help protect it and give it a more personalized look.
This can be done using various chemicals and substances such as muriatic acid, apple cider vinegar, or mustard and it can also be done by sticking the blade into any acidic vegetable or fruit such as an orange or an apple.