THE ROYAL BRITISH SOCIETY AND THE BRIAN MERCER RESIDENCIES PROGRAM

Fonderia Mariani has been a proud partner of the Brian Mercer Residencies Program that provides artists with a residency working program in the best art locations of the world to allow the artist to work and live in an artistic environment where his or her talent may express at its best, with the best materials and the most modern techniques.

The Royal British Society is “Committed to the pursuit of excellence in the art form” and its aim is to inspire, inform and engage people with sculpture/three dimensional art.
It supports sculptors by providing bursaries to newly emergent sculptors, professional development seminars, a mentoring scheme and a growing number of awards and residencies.

The RBS was Established in 1905, and this makes it the oldest organization devoted to sculpture in Uk, as a not-for-profit company (83239) and is a membership society of 600 + professional sculptors.

In 2017 the program was awarded to Stephen Duncan, an artist that works in portraiture, figures and images from architecture using cast stone, bronze, polymers, gilding and not only.
His biography boasts of awards from the University Of The Arts research awards, the Rome Award In Sculpture, the Critics Prize at the Milan MIART and he has been writing for journals on contemporary art. 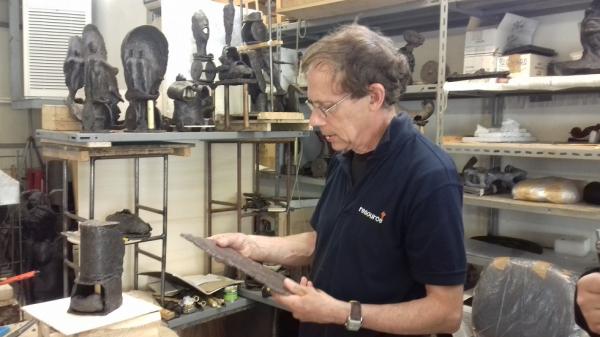 Duncan’s work has been already exhibited widely in the UK and Italy in exhibition and performance collaborations and it’s characterized by the use of casts from acanthus leaves to form life size images of the figure, architecture, and domestic objects in sculpture, drawing, and printmaking.
Public commissions and installations of the Gods, Angels and Prophets sculpture series have included the British Museum, London Transport, the National Trust, universities, cathedrals, libraries, local authorities, and sculpture parks.
Duncan has been working with Fonderia Mariani for a while and various of his pieces were born here. 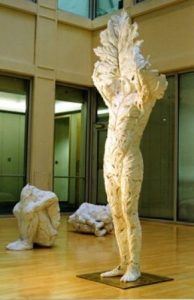 The works that Duncan created under the umbrella of the Brian Mercer Residencies program were both bronze casting pieces and glass casting pieces that were presented to the public on December the 6th in London in an exhibition that will last until February the 2nd. 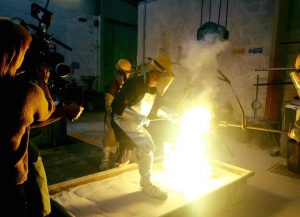 “Goddess”, is the title of this beautiful glass casting piece that was created, some months ago at Fonderia Artistisca Mariani, thanks to a long lasting experimenting process that is bringing this technique closer to contemporary art.

THE ROYAL BRITISH SOCIETY AND THE BRIAN MERCER RESIDENCIES PROGRAM